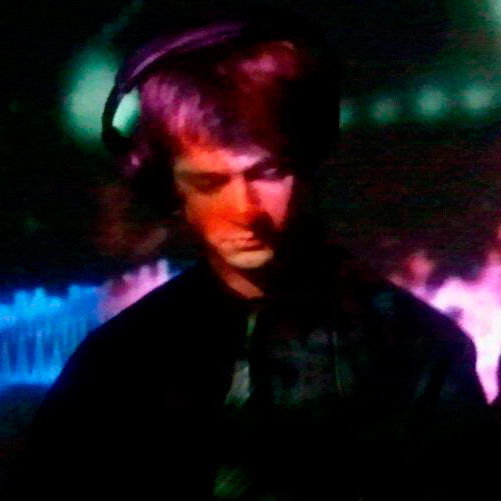 The next Q&A session is set to go – this time with CIRRUS. We’ve recently signed a few tunes by him which you can grab here or here.

To find out more about him as artist and person in general, we had a little chat which you can find below.

How did you hear about us?

Create Her, who is a really good friend of mine and is currently living in Berlin first told me about the label and convinced me to send some tracks over to Species. It just kind of went from there. It was a very natural connection and one that I’m very happy to have made. Despite being so far away I’ve been feeling strong connection to Berlin lately because of all the wonderful abstract and experimental electronic music that is being created there currently. I’m hoping that I can one day make the trip to visit.

Can you describe your Sound in 3 sentences?

I try to create rhythms and textures that evoke imagery of futuristic sci-fi dystopias, typically focused within the realm of Drum & Bass.

What got you into Drum & Bass and Music Producion?

Before I got into D&B I mostly listened to hip-hop and some of the more classic electronic music producers like DJ Shadow, Aphex Twin and RJD2. I started focusing on Drum & Bass when a friend of mine showed me Spor, whose music absolutely floored me. I started DJ’ing pretty soon after. Eventually, after DJ’ing for a couple years I felt I had a good enough ear for arrangement and sound design to make the jump to production, and I’ve been doing it ever since.

What is keeping you going on in the Studio, any motivation tricks?

It’s always a bit of a struggle. If I’m not getting anywhere in the studio I find it’s usually best to take a break and recharge the creative juices. Recharging for me usually means watching a film like or playing a video game that contains a vibe I’m trying to capture in the music. That usually works for me.

How is the Scene like in your Hometown, Boston, and what are your feelings on the U.S. Drum & Bass scene?

The scene here in Boston is relatively small compared to some cities in Europe, but very solid. It’s home to one of the longest running drum and bass nights in the country called Elements. It’s a wonderful weekly that books both local acts as well as some of the biggest names in the game like Goldie and Andy C. It really is the center of dnb in this area and has been a great place to meet local producers and dj’s as well as some of the best dnb fans in the country.

On the whole drum and bass in the US isn’t nearly as big as it is overseas. It’s a good and bad thing. On the one hand we don’t see a ton of European DJ’s over here because there isn’t enough money for some of the smaller acts to tour which isn’t great, but on the other hand DnB isn’t becoming overblown and commercialized here like Dubstep has which I am thankful for.

Any music you are listening to besides Drum & Bass?

I’m all over the place. I’ve been listening to a lot of hip hop lately. I think guys like Deft, Mr. Carmack, Clams Casino, and Two Inch Punch are absolutely killing it right now. Some darker techno stuff, mostly coming from Berlin like Dadub and Lucy. Dark minimal dubstep like Proxima, Distance or Biome. Outside of electronic music I listen to a lot of alternative stuff. I don’t keep up with much new music outside of electronic music but I did love the new Nine Inch Nails album. Outside of that it’s all older artists like Incubus, The Mars Volta, or RATM.

Any last words and shouts?

Big shouts to my friends and fellow collaborators Create Her and Epilleptech, both of whom are releasing on my label Terra Null Recordings very soon. Beyond that big shouts to the whole Elements family, my home away from home. Thanks also to everyone who has supported my music in the past including the good people at Shadowforces, it makes it all worth it :)

Find out more about is his latest release on Shadowforces here.