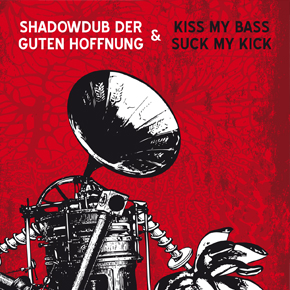 Sleeper’s rise to prominence in 2011 has been meteoric, establishing himself as one of the hardest hitting producers in dubstep with his dark and grim steppers heard assaulting sound systems worldwide. Alex, representing Coventry, works at a prolific rate and a slew of fresh dubplates can be heard aired exclusively each week on both Distance’s and Youngsta’s legendary rinse FM shows, two of the biggest names in the game who are both renowned for selecting only the finest cuts of bassweight.

Sleeper’s music encapsulates what many love about dubstep’s traditional sound, placing a key emphasis on sub frequencies, minimal track composition and intricately constructed soundscapes and textures. His efforts were quickly signed by Chestplate recordings head honcho Dj Distance, and along with sometimes collaborator District they have joined elite company in releasing on the highly regarded and seminal label. Sleeper’s inaugural plate has created fevered excitement in the community with the colossal Scanners, Zombies and Narrow soon to be an essential component in DJ’s record bags.

Alex’s selecting skills are in high demand, and with an increasingly busy schedule of bookings across the UK and Europe, expect to see him near you soon delivering his own unique style of bass education, packed with exclusive beats. There are countless other solo and collaborative riddims being assembled on the daily and 2012 is set to be a gargantuan year for Sleeper.